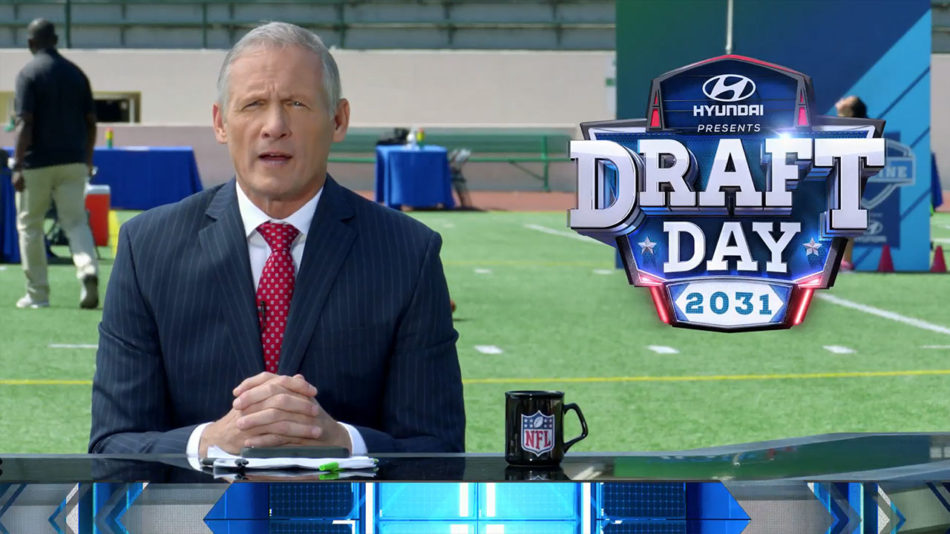 Chuck-
I was so intrigued by chuck’s reputation for developing quality pass rushers that I had to go see for myself…I spent a day watching him work with a group of draft eligible prospects….the work was intense and the teaching was outstanding…there is a reason that Nfl players continue to come back and work with Chuck to develop their craft… 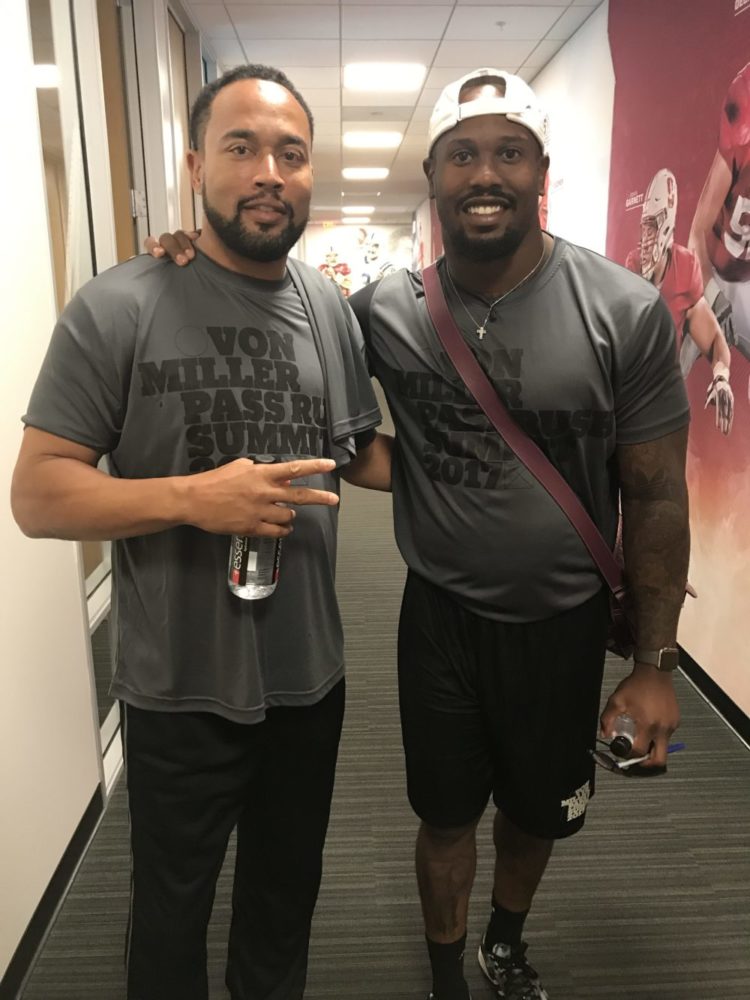 “He gave me a different perspective on what I was doing,” Miller said. “I didn’t know what I was doing. I would go off my natural ability. Chuck is such a technician.”
At the time, Miller said, he believed he had pass rushing down to an art. He told Smith as much in this exchange:
“Chuck, I am the Michael Jordan of this,” Miller told Smith.
Smith’s retort: “I am your Phil Jackson.”
“We just clicked after that,” Von Miller said.

For guys who don’t have moves, Chuck can teach them moves,” Miller said. 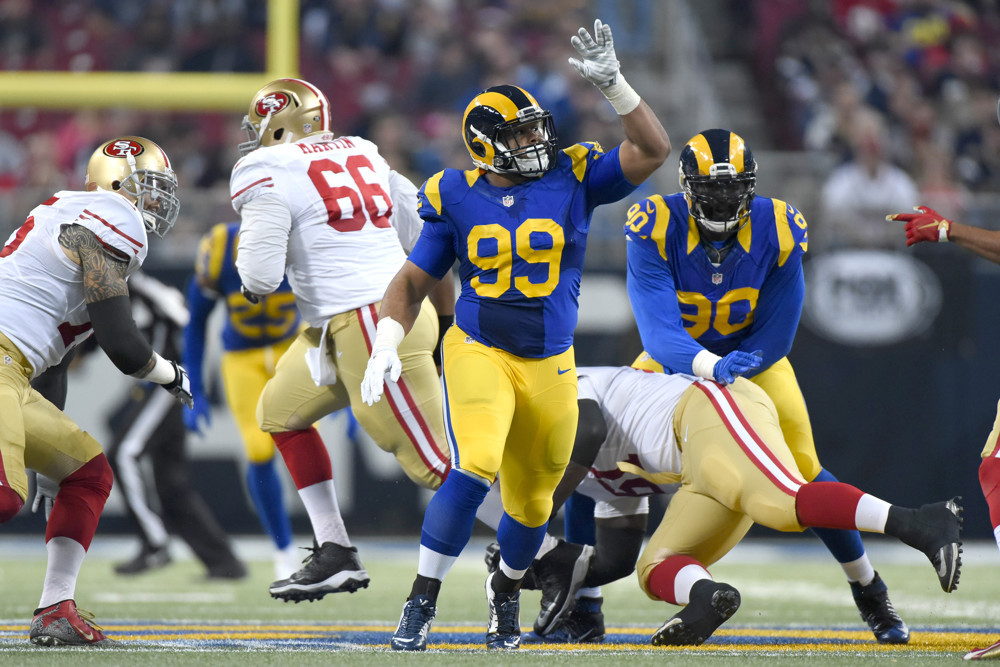 Thanks to Chuck Smith for getting my hands right for that 3rd & 8 for the Senior Bowl. Learned a lot from Chuck Smith he definitely helped me with my CHOP CLUB going into Rookie year in the NFL, I definitely picked his brain, definitely wanna keep working with Chuck” 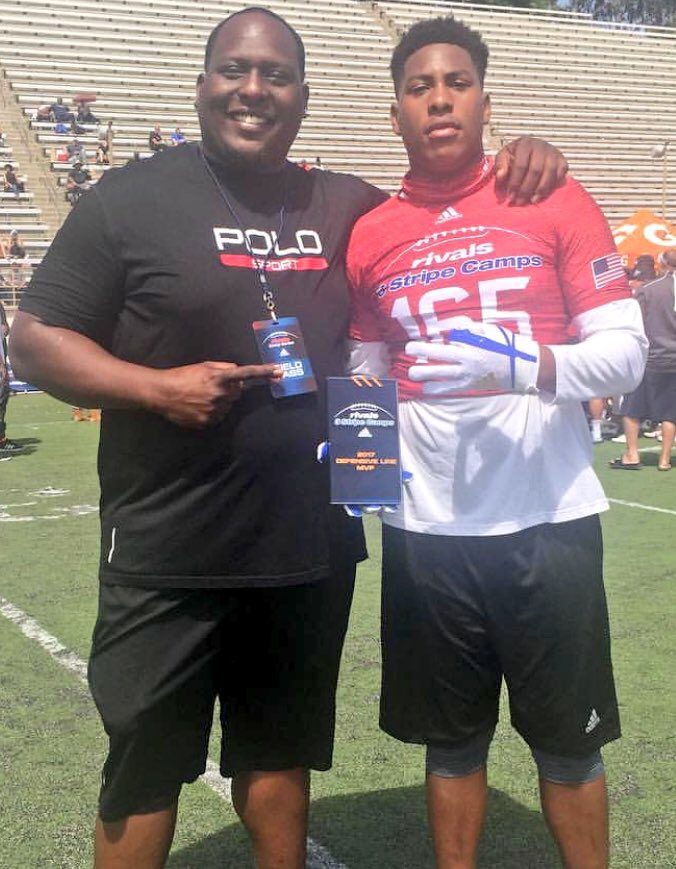 “As a Former Pro Offensive Lineman having my son Adam Plant Jr. being trained by the Great Chuck Smith who is a Former Pro Bowl NFL Defensive End was the best training session he ever had and I can’t wait for my son to work with him again, Chuck Smith is the best DE Pass Rush Trainer in the Country” Adam Plant, Sr 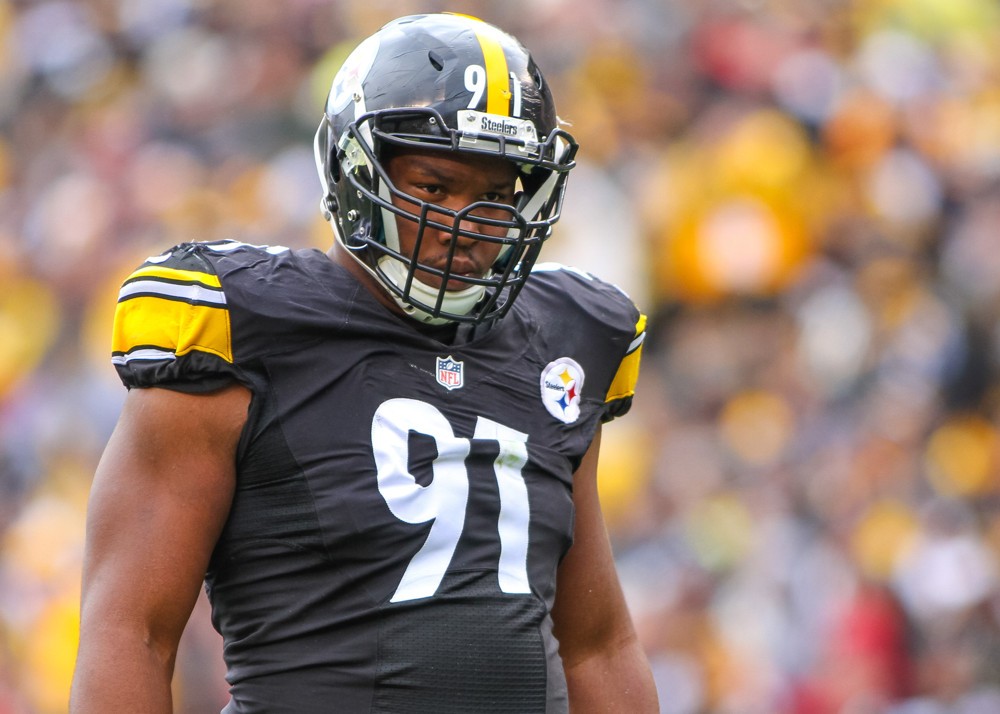 Chuck Smith helped me with the technical part of the game. I looked at and visited Tennessee because of Coach Chuck. I worked with Chuck in College while at Notre Dame, then for 8 weeks of NFL Combine Training, and still as a Steeler. He helped me with the mindset, ability to pass rush, what to look at, Those three together increased my game tremendously. 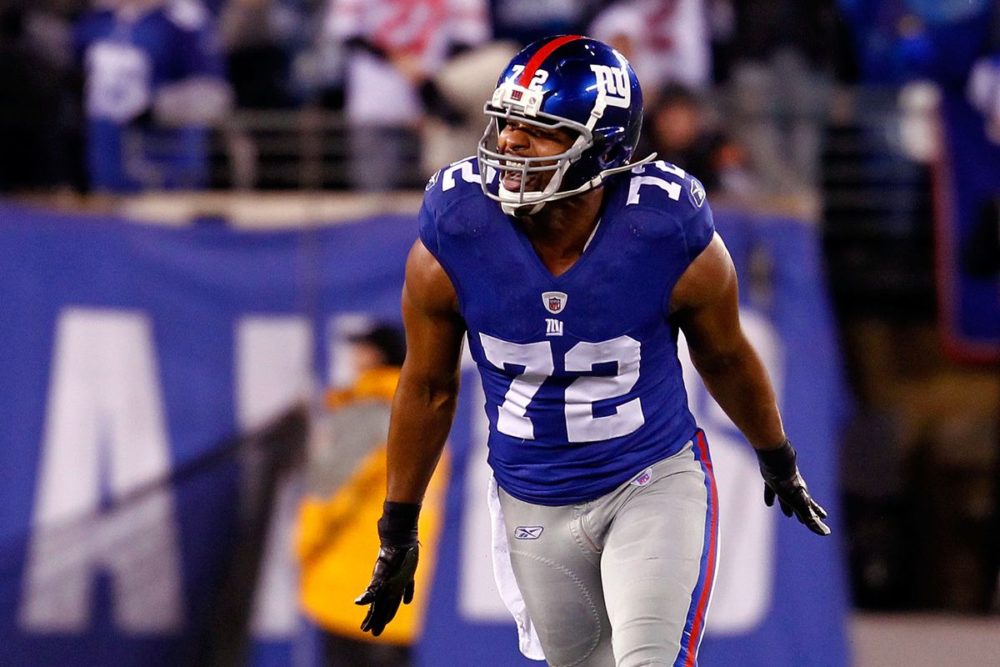 Dr.Rush, Uncle Chuck is the best Pass Rush Trainer on the Planet. He said he wanted to show me something and we been working ever since. Of your a Pass Rusher you need to work on Pass Rush. Changing he way and Learning the angle and spot where to use the Cross Chop was key to me Developing my signature Move.  We even talked before the Super Bowl to talk Pass Rush Strategy, if you wanna learn the Art of Pass Rush I Guarantee you will improve and have a system that you can use forever” 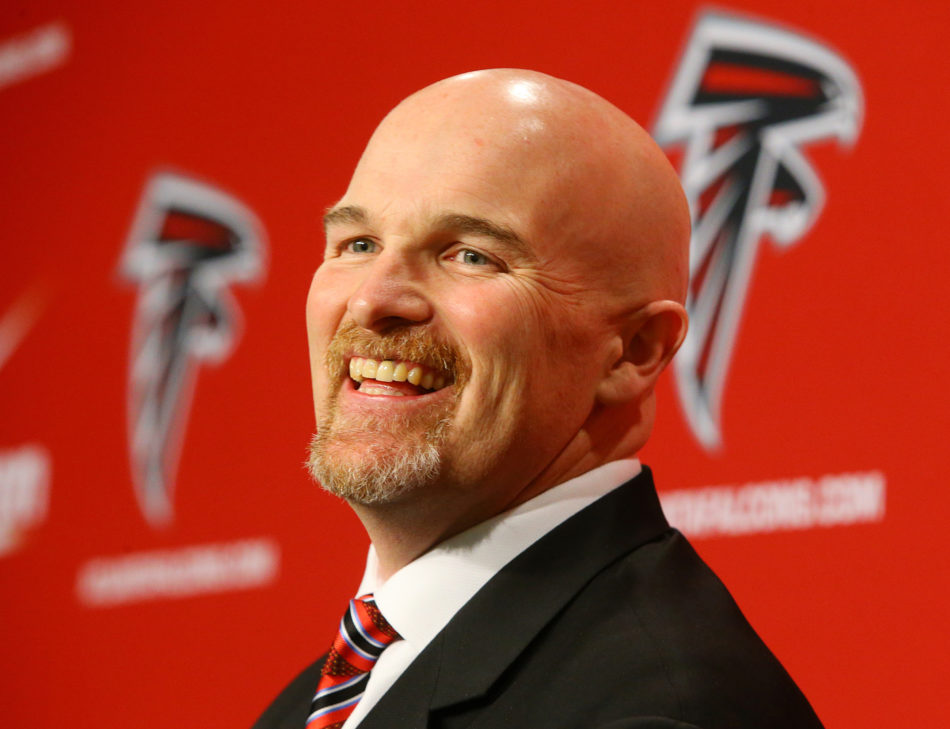 “I went to see him and hear him teach and came away with a general good feeling of all the unique stuff and passion he has for pass rushing,” Quinn said. “He gave instant feedback right away. You could see him watch the drill and immediately give feedback. He didn’t need the film. The best coaches can do that. He has real value. Some of those guys he’s worked with have already taken their games from a good level to an excellent level.” 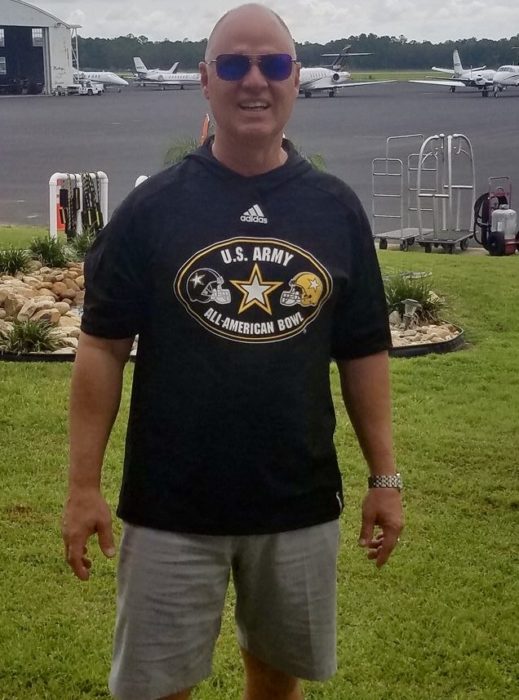 If you’re an agent/player trying to get a OLB or DE ready for the combine or upcoming season, then their is really only one choice on who you should train with, Chuck Smith and #VGHH are a must. 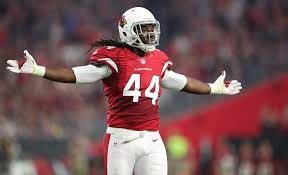 “He’s like my Uncle Chuck,” Golden said. To be the best you have to work with the best,” “He keeps it real.” 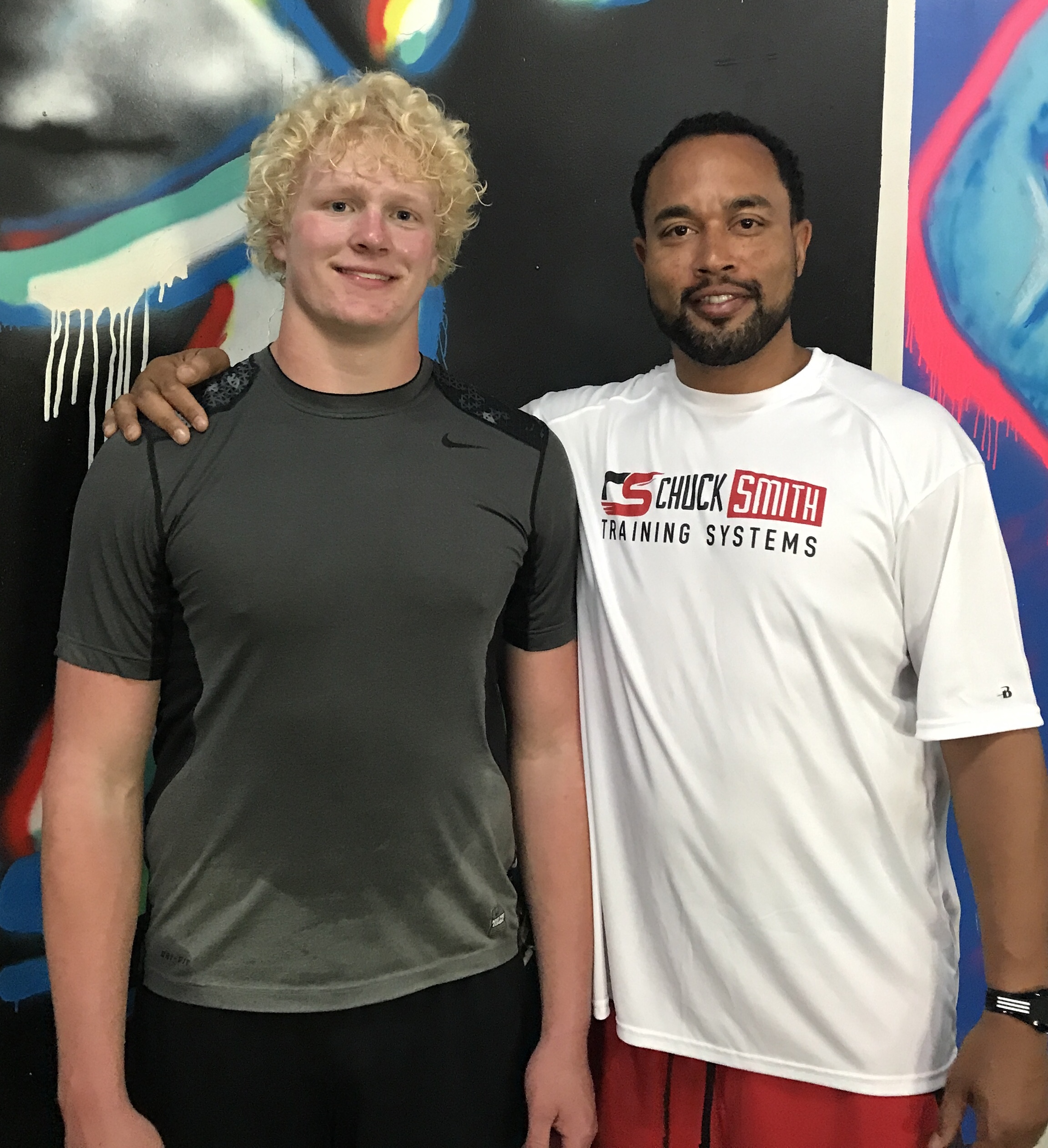 Our son Blake Peterson was lucky enough to spend a week training with Chuck Smith this past summer before he started his junior year of high school. The first thing you’ll notice when working with Chuck, is tremendous I for detail and technique. He can quickly and easily break down a players strengths and weaknesses and then rebuild them from the ground up. Chuck’s ability to teach pass rush is second to none. He can breakdown an entire move from start to finish and not only tell you what to do but teach you every little intricacy that it takes to get to the quarterback quickly and successfuly. Chuck can easily correct a players bad habits, and teach him new skills using his VGHH system, thus giving him the confidence that he needs to take his game to the next level. As a man, Chuck is someone that I trust with my son not just as a teacher or coach, but as a mentor and friend. His character and reputation is second to none. Throughout Blake’s playing career he will be making many return trips to train in the lab with Chuck.